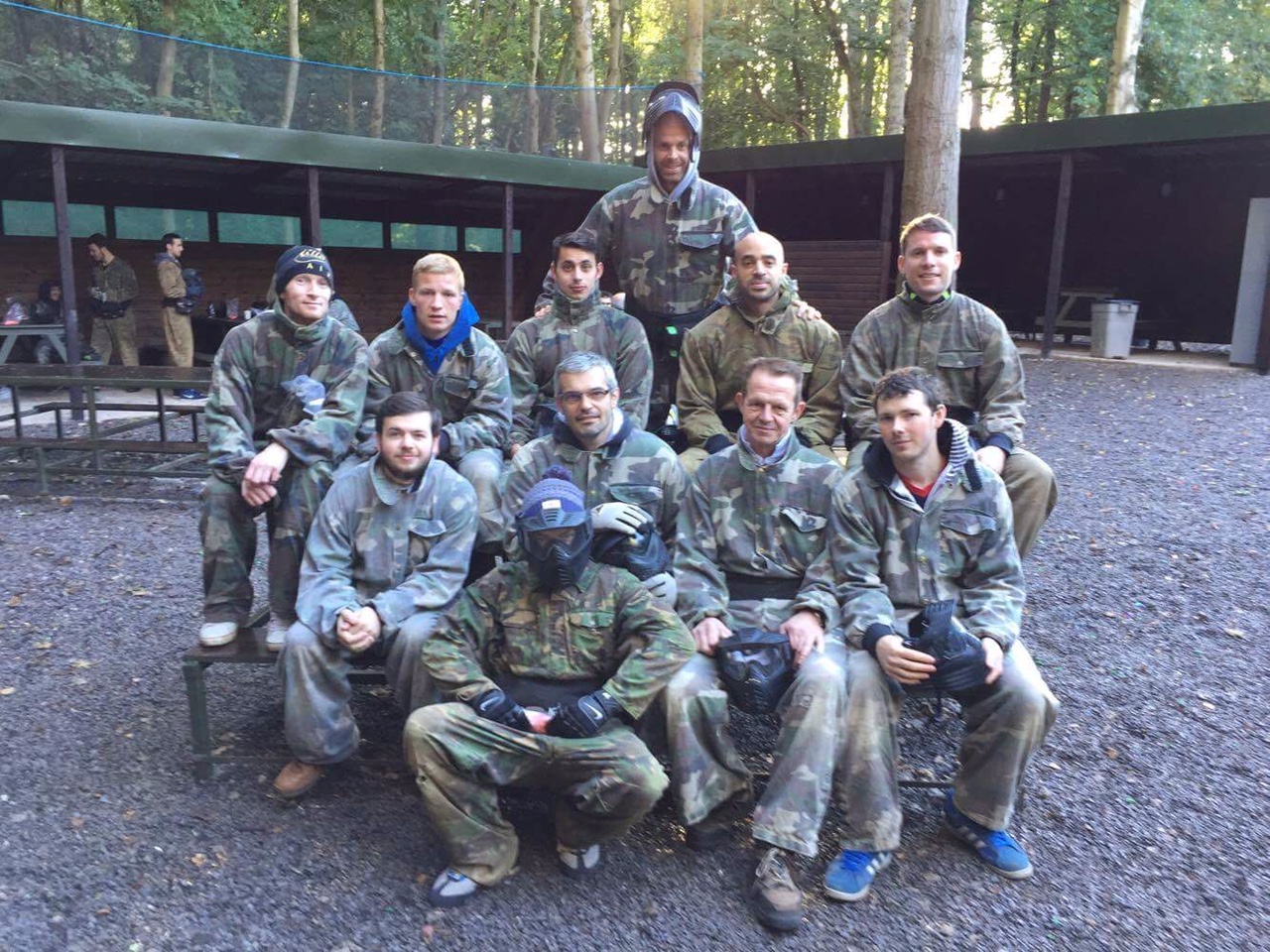 Dokic joinery is a family run business with a long reputation for helping young people achieve their potential and ambitions. Through CITB approved apprenticeship schemes, those wishing to learn a trade can do so in a friendly and co-operative environment. They say that there is no such thing as a job for life, but for those who work hard and show dedication and motivation, we can guide and encourage those who wish to progress for as long as they wish to remain employed.

Phil Cohen, a former apprentice, is one who has remained loyal to the company and has recently celebrated a milestone of 25 years working with us! His tenure began on leaving school and since then he’s systematically worked his way up through the company’s infrastructure to become workshop manager.

To celebrate this momentous occasion, paintballing was arranged for those staff who could make it on the day. The main reason the lads attended was the opportunity to shoot Phil as many times as possible! Phil is the silver fox in the centre of the photo. The day was a great success with the whole team proudly covered in bruises to show off at work the following Monday!

We would like to thank Phil for his loyal commitment shown to Dokic Joinery and look forward to working with him for another 25 years!