This late 17thC Grade II listed farmhouse was expertly reconfigured and extended by Donovan Construction (South West). It was imperative the style and design of the two storey brick and flint extension was complimentary to the existing house. Hardwood timber box sash windows using cords, weights and pulleys to counter balance the sashes were installed to all newly built elevations. Elegant single glazed box sash windows remain only in the original structure of the building. A traditional six panelled entrance door and regency style bay windows were meticulously crafted to replicate the design of joinery that derives from the same period as the existing farmhouse. Hardwood vertically boarded doors, one pair having a passenger door were provided for the detached garage. Traditional casement windows give a homely feel to the ancillary accommodation above. All joinery was provided pre-glazed with Planitherm Total + 24mm Argon filled double glazing, with the astragal glazing bar system used. The outer pane of each unit was laminated for extra security. All in all yet another fantastic project to be a part of and one we are very proud to be associated with. 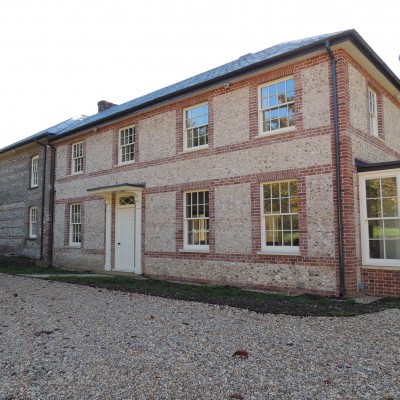 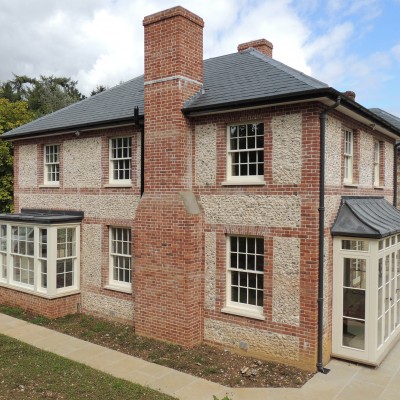 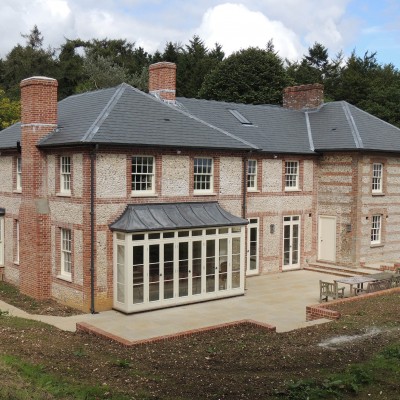 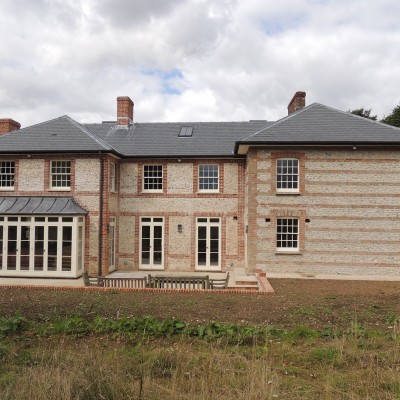 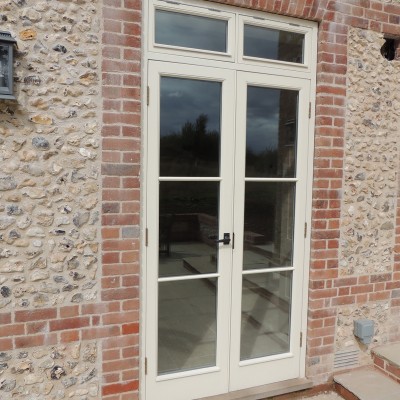 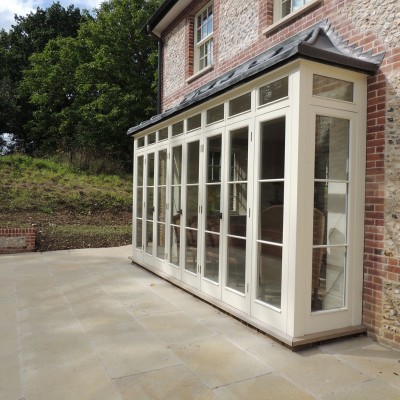 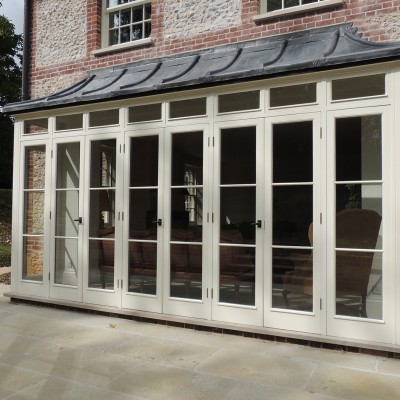 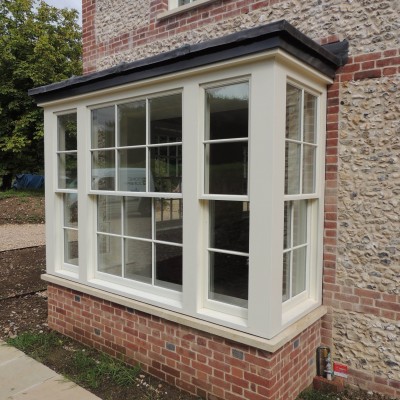 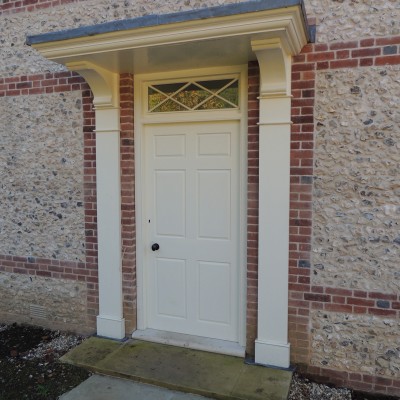 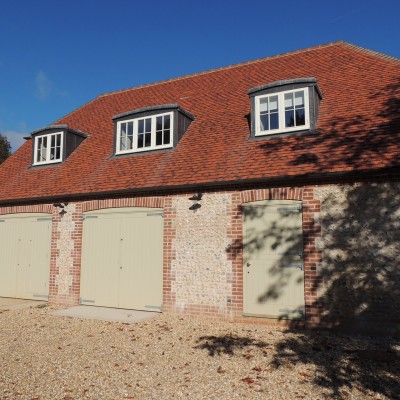 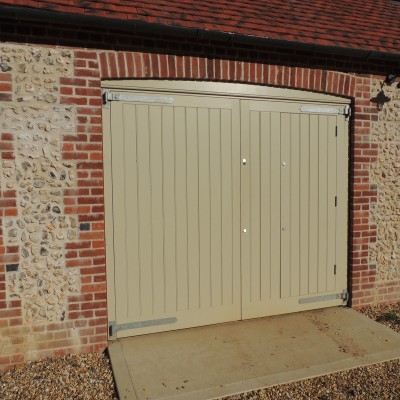 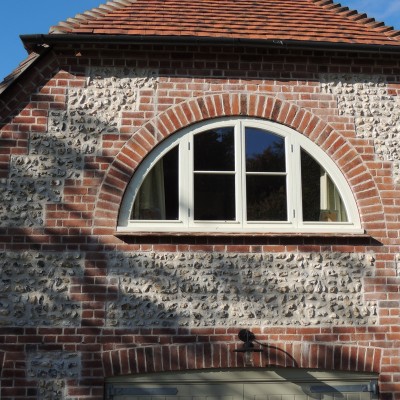