August means only one thing at Dokic Joinery…….. the chance to run ‘Tough Mudder’ once again!!! Tough Mudder is a team building event held at the magnificent Badminton Estate. Four of our employees signed up for this years race, a 50% improvement on 2016! The original team of four soon became three due to injury leaving Musketeer’s Phil, Jordan and first timer Ben to take on the challenge.

The team competing under the pseudonym ‘Dokic Douches’ arrived early on site. Once signed in, bags checked and quick  ‘Mudder warm-up’, the lads were off on the 12 mile obstacle course. Punishment came in the form of the Arctic Enema ice water swim, Block Ness Monster water obstacle and the infamous Electro shock Therapy!!

In all, the ‘Dokic Douches’ were on the course for about 4 hours and all finished with aches and pains and smiles on their faces. After the finishers pint and a protein bar, it was time to go home, get clean, and think about signing up for next year!! 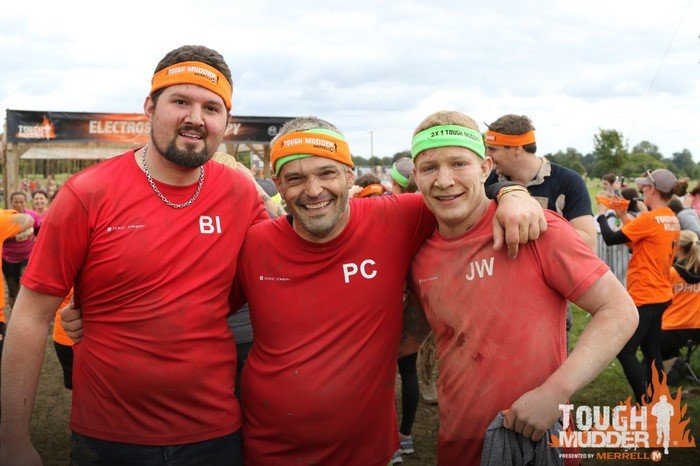